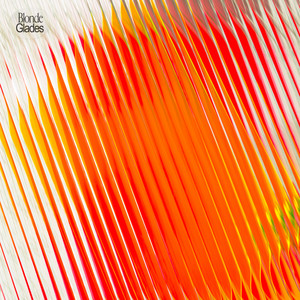 “Blonde is about helping a friend through a breakup. Sometimes you have to allow yourself to feel the full extent of your emotions to get through something. The song’s about being carefree and allowing yourself to do crazy shit to get over somebody.” – Joey

The imagery and depth of this song stretches really far. On the surface, the verses are about consoling a friend that is getting over a negative relationship that’s obviously a poor fit. The chorus, however, then takes a big twist that encourages the friend to perform activities that are completely out of character. The meanings of each line are up to listeners’ experiences and perspective, so here is mine.

Dying one’s own hair blonde already is a pretty deep subject matter with lots of connotations. For simplicity’s sake, one positive view could just be to transition to a feeling of freedom and excitement, which makes sense and sets the tone for the rest of the chorus. When burning CDs became mainstream back in the late 90s and early 2000’s, millennials were excited to (digitally) select exactly what songs they wanted to blast in their stereos at home or car. The lyrics then go extreme and suggests recklessness such as crashing a car or robbing a bank, which I’m sure we all know is not a literal recommendation but captures the spirit of doing things that are not so straightforward or peachy. We’ve all had that friend (or ourselves) that felt stuck in a relationship. It sucks, and it seems like the only way to escape is to do something crazy.

Obviously, this song is extremely heavy on guitars and has much less emphasis on any of the classic GLADES-electronic feel (subtle vocal sampling can be heard during the “You know what you’ve got to do” line). The band was not kidding during their Instagram Live session (May 7th, 2020) when they mentioned that their next album implements more pop punk influence. The rock sound in this song blows Nervous Energy and Sweetheart out of the water in terms of intensity and loudness. To me, the flavor of the song especially comes from the accents of the chorus in each section when the crash and chord come in on the 2. Even Joey abandons keyboards during this song in favor of playing bass and rocking out during live shows. “Blonde” first appeared in concert during the winter of 2019-2020, and according to the band, it was one of the highest demanded songs for release since. The music definitely fits the theme; when the beat drops, all I feel is excitement, like I would crash a car or something. (just kidding!)

• Don’t let bad relationships ruin your freedom to do exciting things.
• In concert, Joey plays bass instead of keyboard for this song.
• Lyric Video