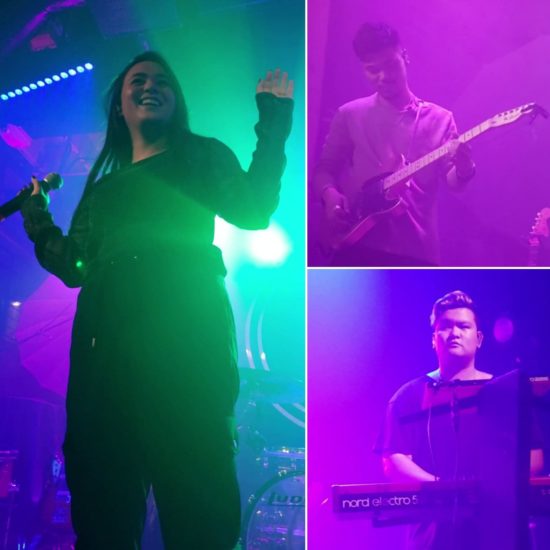 What can you expect from GLADES' 2019 U.S. tour? More songs and more fans! If you read my first concert recap from 2017, you'd remember how lonely I was as the only GLADES fan present. Not this time. Although I again had never before heard of the headliner, FRENSHIP, I wasn't alone in that boat. Two years had passed since GLADES played a show in SF, and this time some of the early-birds in line enduring the San Francisco rain were actually there exclusively to see our beloved opening band. Thank goodness I wore a waterproof jacket also, because I was wearing my Do Right // GLADES shirt, and in my pocket was a Thank You card with gift vouchers to the Nike store that I purchased earlier in the week for all three members.

Rewind to just hours before showtime - GLADES announced that their tour van was broken into, with a bunch stuff stolen. This is their second case of theft in California, but they gracefully decided that the show must go on and came to play for us anyway. Good thing, too, because I brought two friends with me to the concert, and we were there early enough to be front and center. 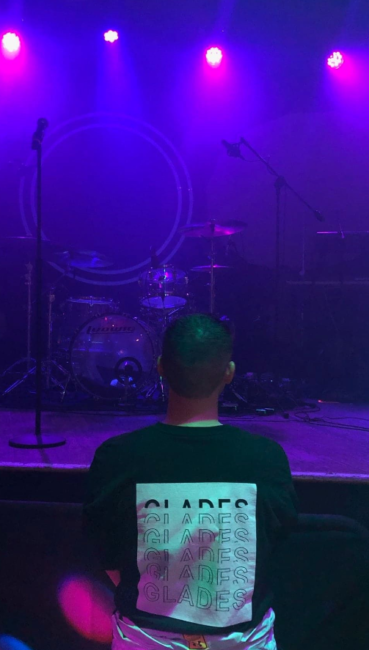 Side note: I started this fansite around the time of GLADES' first U.S. tour in 2017, and it has surprised me that so many people actually contact me with GLADES inquiry (tour info, merchandise, songs, licensing?!). The most common question I got about this show had to do with the songs/setlist. First off, no, I unfortunately did not get their paper setlist as a souvenir this time! But, the following is what they played:

That's right! Ten songs total, seven of which were from To Love You. I took a shot in the dark and requested Summer Air from Joey a few days before, but, of course, I knew that was hard (if not, impossible) to accommodate. Oh well!

I thought that my group would be the only big fans at the show. Apparently everyone else surrounding us were also die-hard GLADES fans because the entire front crowd was singing all the lyrics to the songs as if this was a Greatest Hits 20-Year Anniversary concert. You could see it in Karina, Cam, and Joey's eyes that, despite the earlier troubles, they were genuinely happy to be there and see a large group of their fan-base on Day 1 of the Vacation Tour. Karina had loads of fun interacting with the crowd, of course. Imagine how much they all smiled every time the audience cheered at the recognition of the first notes of each song! They also treated us to a new track, called Vertigo, and it was their first time ever playing it live.

The music was incredible. Cam's guitar was especially clear - probably the crispest tone I had ever heard live. If you never heard the original recordings, you would think we were at a hard rock concert based on all of his guitar parts alone. I cannot emphasize enough how good the overdrive sounded, especially during Vertigo and Sweetheart.

Cam also showcased his professional impromptu skills at this show, along with the rest of the band. During Do Right, something messed up on Joey's side, and his entire keyboard/samples setup was cut when the first chorus kicked in, meaning we could only hear Cam's guitar, Karina's vocals, and Grant's drums for the rest of the song - very raw version. To cover for all the music, Cam's volume increased quite a bit, which let the chords/arpeggios fill more of the space with the vocals, and instead of playing the melodic hook for the breakdowns, Cam switched over to more chords, allowing the audience to mosh just as hard. You could see the band laughing about it and having fun as it was happening, but the way they handled the mishap was awesome. Also during the last chorus, Karina locked in on me and came closer, and we looked at each other as we sang the last "That if you do right by your neighbor, then they'll do right by you." That was so cool, even though I'm not sure if she even recognized me at the moment. Still one of the best songs ever!

When the set was over and as the band was thanking the audience, I reached over the barrier of the stage and waved my Thank You card to get Karina's attention. She made eye contact with me and smiled as she came over to pick it up before leaving backstage. Afterwards, I turned around and saw a gigantic group of GLADES fans leaving the area. As I was squeezing through, I jokingly said, "Okay, FRENSHIP fans next!" I got a few chuckles as a bunch of new people begin swarming the front.

And then, there was a two-hour wait, consisting of the transition between bands and FRENSHIP's set. I camped out at the merchandise area, ready to buy several hundred dollars worth of clothing. I bumped into Grant amidst the crowd and chatted with him a bit, complimenting his drumming style, especially in Do Right (check out their MTV performance if you haven't yet).

Joey let me know during FRENSHIP's set that they did not have merchandise this time, but they were still going to come out after the show for casual meet-and-greet. They also posted my card on the band's Instagram story, which unexpectedly led to a flood of messages from my friends and other fans around the world!

When they finally came out, they greeted me first to say thanks for the gifts. I introduced them to my friend, and we all had a nice chat about their music and took a few pictures. I also congratulated each of them on various life-events they had, and I even apologized on behalf of the city of San Francisco for the theft. Thankfully none of them were hurt, and not everything was stolen. I complimented them on their recovery of Do Right as well, to which Joey laughed off and said that they're glad they at least pulled it off. I asked him a bit about their new song Vertigo, and he said he really was happy that they could play it for us. Joey mentioned that they are actively working on more new music and hope to get another album out by the end of the year (crossing fingers)! 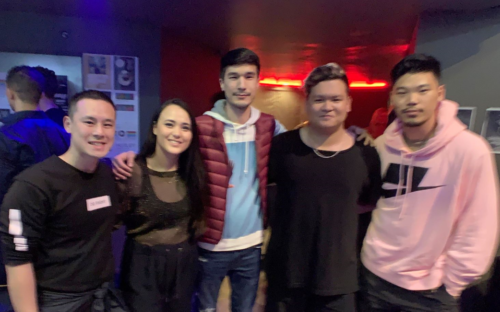 The time between GLADES' two San Francisco shows were about 20 months, ranging from September 15, 2017 to May 18, 2019, which is also the duration my fansite has been running, at the time that I'm writing this. I used to feel like I was writing all of this information for nobody else, but not anymore. People have actually messaged me saying that they are worried they'll be the only fan cheering for GLADES. While I empathize with that feeling from my first GLADES concert, it is evident that the fan-base is growing rapidly across the world, and, despite being just an opening act in the Western Hemisphere, GLADES is attracting a lot of people to come to these shows specifically just to see them. So, I'd say that you should enjoy the mini crowd at the front of the stage while you still can, because after this tour, they may start trying to headline in the U.S., with huge audiences scrambling to get even a close enough view!

Previously, I said that my first concert experience was my best day ever, but this one is on par, if not better. It's different in some ways. It doesn't feel like a new experience, obviously, but instead more seasoned and mature. I feel fortunate enough to be able to chat with the band occasionally throughout the year, and like most people, I enjoy watching their careers unfold through social media. It's also nice to know that my fansite has become a convenient and centralized resource for growing fans around the world. Karina expressed her appreciation for my website after the show by saying, "Thank you so much for all of that. You didn't have to, but you've gone above and beyond."

I never thought of it that way. I am just a fan that enjoys their music a lot and wants to archive these awesome experiences. More importantly, I think GLADES deserves the recognition! All of us fans know how unique and special their music is and how much work they put into their songs. As much as they expressed their gratitude in person to me for being a fan, I thanked them just as much for even coming to America to play, let alone San Francisco again. There are thousands of cities in the world, only a dozen or so are chosen per tour, yet GLADES - a band from Australia - has performed twice within walking distance of my work-office. How much more lucky can a person get?

Ice cream and Nike gift cards are the least I can give to them. 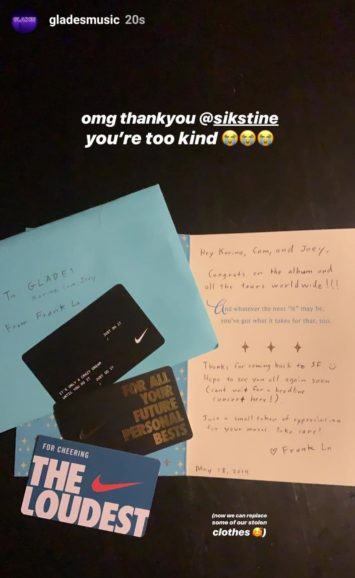