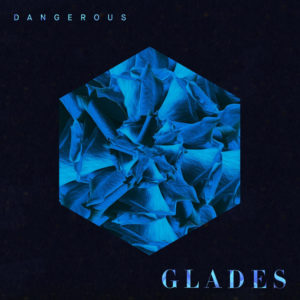 Can you give me something that I used to know?
I’m missing all that we used to do

We’re running on fumes, still refusing to see
The signs that relentlessly tell us to leave
I’m holding to everything making us close
So carefully
I can’t let this go to waste

“Dangerous” was released five months after they dropped their first EP. By this time, their fan base had grown into a worldwide community. It had been almost two years at this point since GLADES began – with hit after hit, a music video, a headline tour, and a bunch of interviews and articles featuring their music. People could not get enough of them; everyone wanted more.

With already a list of hit singles such as “Her,” “Drive,” and “Speechless,” GLADES followed-up with “Dangerous,” and this song absolutely did not disappoint. As a result, they enjoyed another round of New Music Friday, more articles, retweets, shares, etc.

Regarding the song itself, I personally think that the lyrics stand out the most, which is interestingly refreshing. The music is there, but most of it is subtly blended together to create a light platform for the melody, as opposed to their other songs that feature lots of prominent earworms. The chorus also has somewhat of a progressive feel to it. I find my attention is automatically focused on the lyrics and message of the song more than anything else.

I believe the singer is genuinely in love with her partner, but she’s mindfully alert of something close by that might pull them apart. I’m not sure if she has already experienced the result of the danger ahead, or if she is simply unsure of the potential pain. Either way, it sounds like she is ambitious enough to explore with her partner what’s in front of them, despite the risks.