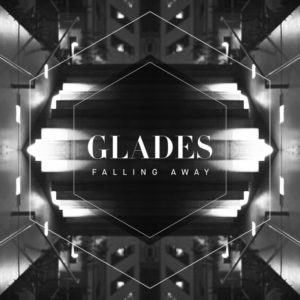 I am never, never gonna wait
You say, “Follow the way we were”
And I’m caught in the middle of a heartache

Fighting for ambition
Feels like every scar is open
Hit hard, hear us break
This vow is now in fragments

Now we’re far away, I’m never gonna stay
We’ve drowned this love which proved to be the hell we were breathing
With you, I feel alone, immersed in the unknown
Keep me far away, keep me, keep me far away this time

GLADES’ debut release. If you are ever the new guy in town and about ready to bust into a totally new scene, do it like how GLADES did with “Falling Away,” as the punch heard around the world.

This was their first official release, and it was an instant hit that gained recognition on Indie music media, internationally. Everyone talked about how the song created such a large atmosphere, immersing listeners in a mixture of deep reverb and surrounding echoes. I would agree, and for me, this song always makes me feel like I suddenly slipped into another world.

Every musical element, especially in the chorus, feels really heavy; the song almost borders on a combination of chillwave and dream-pop. What makes the composition and recording of this song unique from the rest of their catalogue is how the vocals are placed all over the song, with prominent harmonies layered and blended together. Despite all of that dense complexity, the beat itself is rather simple –just two chords, played individually back and forth (excluding transitions). Depending on what you focus on, it could either feel like a fast song or a slow song. Overall, somehow everything just works, and when I’m snapped back into reality after the song is over, I can’t wait to hit repeat and go back in. Incredible.

The lyrics are just as deep as the music. The message is pure poetry and has very clear meaning. Or does it? Maybe it has to do with escaping. Maybe it is a breakout of self-confidence. Maybe it is a personal revelation. Whatever it may be, even years after its release, the song still connects personally with people all over the world for, what I’ve gathered, a variety of reasons.

I’m not sure if this is just me being distracted by the epicness of the track, but did you notice that almost the entire song (except the bridge) has no actual rhymes? I didn’t even realize that for almost a year, and I’m usually the one who’s very critical about this kind of stuff. That’s just how powerful the song is.

• The first song they released
• The entire song only has two rhymes (in the bridge)
• One of the heavier, more epic-sounding songs