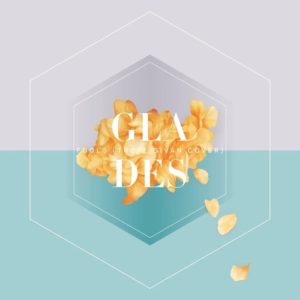 I am tired of this place, I hope people change
I need time to replace what I gave away
And my hopes, they are high, I must keep them small
Though I try to resist I still want it all

Oh, our lives don’t collide, I’m aware of this
The differences and impulses and your obsession with
The little things you like stick, and I like aerosol
I’ve tried my luck, I’m not giving up, I still want it all

This is a cover, done in the “GLADES” style. You would never even realize that it’s not their own song if you haven’t heard the original by Troye Sivan (please give it a listen). This recording matches their catalogue so well, as if it was just another one of their normal works. The synthesizers, guitar riffs, vocal samples, drum beats – it’s all there, and it’s all very GLADES.

One of the most significant parts of this song’s history was when Troye Sivan himself tweeted about the cover, which immediately drew massive amounts of attention for GLADES. Only the second song officially released by the band, “Fools” was met with so much appreciation and love.

Overall, they maintained the integrity of the original song in terms of mood and presentation. Only one line was changed, and it was a very clever rewrite. Most impressively, though, is that GLADES’ recording showcases Karina’s gifted vocal ability. When you compare this with the original, Karina is actually singing in the same key as Troye Sivan. Usually, singers of the opposite gender prefer to change the key of a song to comfortably fit their natural vocal range. The band opted to match the original, which means the prechorus is supposed to be challenging for most females. However, Karina graces through the entire song effortlessly, even on the word “Tanqueray,” which is an impressive F5 note. She makes it sound so easy that the challenge is pretty much unnoticeable.

• The original artist praised GLADES for the cover
• Maintained strength of the song even after rewriting one line, cleverly
• They didn’t change the key, and Karina sang the whole song effortlessly