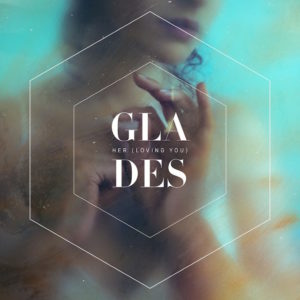 I can’t make you say my name when all you know is hers
You’re falling for that someone else I know
I can’t make you feel this way, my heart is sinking in
There’s no way to change it for you

With already two successful releases in just two months, GLADES seamlessly added “Her (Loving You)” as their third hit in a row and finally their first official single. People praised the band for their professional sound at such an early stage in their career. This song left such a lasting footprint that, even years later, it is still featured on listings and compilations (such as Tyler Oakley’s “Break Up Jams” in February, 2017) and continues to be played live by the band. It is often referred to as one of GLADES’ earliest major hits.

The overall style is a slight departure from “Falling Away,” as this has a much lighter, more up-beat pop sound. On the surface, this is a breakup song, but somehow it was written as one of the most addictively catchy tunes ever. The guitar riff is the shining star in the song, something which the band is very proud of. The “I’ll be loving you” hook is also incredibly fun to sing along to. Every time I listen to this track, I find myself swaying and bobbing my head, forgetting entirely that the subject matter is supposed to be sad.

From what I can tell, this song is a favorite among the band members. When they wrote it, they pretty much knew it was a good song, and the public affirmation over this track solidified GLADES’ early success as music artists. They were still playing it live two years later during their September 2017 tour, and it honestly looked like they were having a lot of fun on stage. Karina especially gets really into it and adlibs “Loving you!” very melodically throughout the breakdowns.