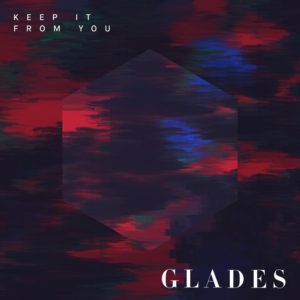 This song was first teased in March in a VLOG, which detailed their trip to New Zealand in the previous month. When it was finally released, there was an immediate following. More importantly, “Keep It From You” spoke to so many people because of how relatable the lyrics were. GLADES isn’t successful just because of their catchy music. Something that they consistently do with their writing is simply connect with their listeners in the rawest of emotions and experiences.

When I contemplate about the song, I see two people involved – the singer and the person she is singing about. On the surface, the lyrics are easy to understand. However, the really touching part of this song is how you (as the listener) internalize the song, and whether you put yourself in the position of either the person holding back (the singer) or the one who is oblivious (singer’s partner). On both sides, there is fear of the unknown, and the most painful part might be that there is no conclusive resolution or reconciliation for whatever “it” is.

As powerful as the lyrics are, the stanzas are written with impressive poetry and rhyme schemes. In terms of music, the beat overall is more pop-like, with the usual GLADES flare added. This song also entirely omits a bridge – lyrics and music; there is likely no need for anything additional, as the singer is just constantly pondering the same things over and over.

Is it really better, or is she just trying to convince herself that it is?

• The song has no bridge at all
• Powerful dilemma, for anyone in love
• Maybe both people might get hurt at any time, without realizing

Keep It From You (live & stripped), with interview for WFNM