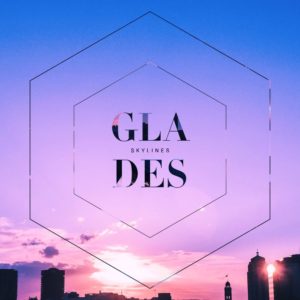 I’m running, running, oh
It’s too late now, we can’t go back, we’re breaking
I’m fighting for me, oh
You had your say, now go away, it’s over

Take this moment
Put a silence on it
Wait together, driving right past memory lane
Say no goodbyes, cause I’m right here with you
Holding your heart ’til we’re old and lonely

Official lyrics weren’t released, so some of it is my guessing.

In their EP Reflections, the band talks about how the song needs to be heard in its entirety to fully understand the story. Simply focusing on the chorus mistakenly leads listeners to believe it is a breakup song.

This is very true, especially when you think of the definition of the word “skyline” (a boundary line that lies between the earth and sky). To me, it seems like the singer is pleading with her lover to break that boundary that they’ve hit and be vulnerable with each other. She’s showing her true self and what her desires really are, which is to be with this person fully. She is trying to convey the fact that she is committed and is ready to run towards what is ahead and new.

It seems like a big risk for her. The song itself sounds very upbeat and active, complimenting the singer’s readiness to move forward and take action. The music is very fitting for the mood, I think. I really appreciate the guitar riffs as well; you can hear it traveling throughout most of the song. In fact, it is the driving force of the bridge, which the band has said (and I agree) is the resolution of the song.

One musical tidbit is that the kick drum sounds particularly more pronounced than their other songs. In every other GLADES track, during the verses, the kick drum is usually either subtly on beat with the bass or absent entirely. This is the opposite in “Skylines,” where every other instrument is in the background during the verses while the drum beat is the most prominent. Maybe the kick drum represents intentional footsteps towards the singer’s goal. Or it could be the sound of breaking the skyline boundary. Whatever it may be, it sounds really cool.