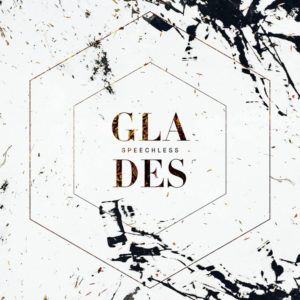 Slowly syncing to the rhythm of your heartbeat, oh I won’t let go
Caught me falling for the way you pull me closer, don’t let me go

“Speechless” is one of their most recognizable songs (second to “Drive”). It reached one million streams on Spotify in the first month alone, and it continues to touch hearts around the world to this day.

The first time I heard the beginning of this song, I froze with anticipation. The track starts with only single chord strums while a lot of background reverb fills the rest of the space. To me, it feels like preparation for a ride of emotions.

The melody, the music, the tone and mood – everything about the song quality evokes passion and strong affection. Before I even paid attention to the actual words, I already felt like I understood the song through just the music and Karina’s voice. She beautifully captures the feeling of the song through her vocal performance.

The lyrics themselves are deep and poetic, depicting an image of what I believe is utmost attention and devotion. I can write for hours analyzing every line, but even the band members themselves say the meaning is pretty straightforward in their EP Reflection.

There’s something uniquely interesting about this song. In regards to general songwriting, it is typical to repeat lyrics to fit the melody, but “Speechless” does this more than usual throughout the entire song. Every stanza has multiple instances where words or entire lines are repeated. I imagine that the singer is actually lost for words and stumbles in her speech, to the point where she just ends up repeating herself. The only time this does not happen is during the bridge, when she and the listener are fully focused because all the music (distractions) momentarily stops (yes, there are drums, but I think they represent “the rhythm of your heartbeat,” with which she has synced). This is impressive composition, as the entire concept of being “speechless” is captured in both the lyrical message and the songwriting itself.

My personal favorite part of the song is around 1:55 when you can hear the “ooo”s (after the second time she says “Damn, you got me speechless”). It makes the singer’s plea sound very passionate. As a side note, when I saw GLADES live, it was nice to see Karina having fun singing the “ooo” part as well, even if it was not into the mic. Also, during the live performance, Karina added a few extra licks of “You got me,” and she belted some pretty high notes.

Do you think the singer’s mate feels speechless, too?

• 1 million streams in the first month
• Lyrics repeat often, as if the singer really is speechless
• The line is “syncing to the rhythm.” not “sinking”