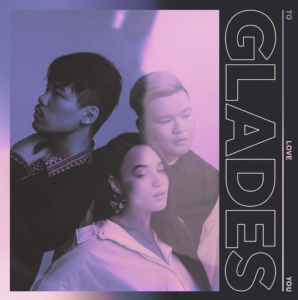 I got your call; you didn’t say much
I could tell that something was wrong
I always hear your worry just like a familiar song

It’s nice to hear your voice again
Now while we’re here tell me everything
I don’t need sleep, you don’t have to hurry along

You don’t have to stay up late and wonder
If anybody feels this way, I promise
You’re not the only heart that aches, I need you
I need you to be honest

You think your problems are way too small
We’re in different time zones, on different day lines
It’s 3am in LA, but I still have the time for you

A lot of stuff happens at 3:00am for GLADES. This song seems to contrast the feelings depicted in Nervous Energy during the same ungodly hour, which describes the singer being intensely nervous to approach another person. “Through To You,” on the other hand, shows that the singer is not afraid to reach out to this other person in an attempt to bridge a seemingly lost connection.

In any long-term relationship, it is inevitable to have periods of disconnect, where one or both partners would hide away from their significant other for any justifiable reason (perfectly described with the imagery of 10-foot walls). The singer is making every honest attempt possible to tell the other person that she wants to reunite, whether it is just helping, supporting, or just listening. It is genuine and non-intrusive. And although the lyrics are packed with more lines than most of GLADES’ other songs, we only see the singer’s perspective and thoughts here. We don’t even know how the other person responds, or how long it takes the other person to come around. But that probably doesn’t matter because the point of the song is to portray just what it is like to be in a position of unknown. All that the singer can do is be genuine, with her hand stretched out waiting for the other person to choose when and how to respond.

As the last song on the To Love You album, Through To You dives into a sensitive subject that only seems relevant to deeply rooted relationships, which makes sense because it directly follows Better Love. This track also seems to cap off GLADES’ breakaway from their original This Is What It’s Like music style, as Through To You is notably almost 100% acoustic guitar with only minimal shimmering and backup vocal effects.

This song holds a special place for GLADES. When it was completed and ready for the album, the band was brought to tears at the realization of how far they had come and what they had achieved. They have said that both the release of the album and Through To You reflects the ideas of conclusion, growth, and next chapter, with nothing more than appreciation for all the people and fans that have supported them throughout their journey towards debut.

• This is about a person genuinely trying to reach out to their partner.
• The track is almost entirely acoustic guitar + Karina’s vocals only.
• This is the last song on the album, and one of the most emotional for GLADES.