GLADES just wrapped up a roughly one-month long tour, supporting FRENSHIP. You can view part one of their tour diaries video to relive the memories.

During their set in Los Angeles, they announced that they will be officially moving to LA, and work has already started on their next album! Stay tuned for more announcements and releases.

Speaking of Southern California, they also revealed that they will be joining their good friends A R I Z O N A for one night in Santa Ana for a show! If you are in the area, be sure to check them out at The Observatory on September 21! 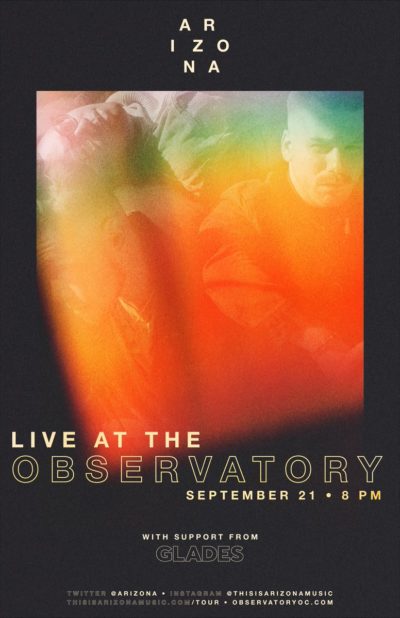