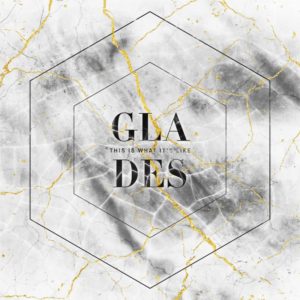 If you followed the band on social media in the fall of 2016, you would remember how big the month of October was. With “Speechless” at one million (1,000,000) streams in August alone and “Drive” recently hitting twenty million (20,000,000) total, the demand for more GLADES content was higher than ever. So, they treated fans with the greatest sequence of releases imaginable.

In the first week, as a thank you to listeners, they dropped a stripped down version of their biggest single, called “Drive // Stripped.” Immediately afterwards, they teased a “Drive” music video by posting short clips of the band members in the shoot, one-by-one. In the middle of all that suspense, just a day before they even released the music video, they suddenly unveiled a new song – “Skylines.” Needless to say, everything so far was a success, and it had only been two weeks.

While the world was still enjoying everything in the previous paragraph, they went ahead and officially announced their first EP, “This Is What It’s Like,” to be released within only one week. Everyone was hyped, and they delivered five fan favorites, including Her (Loving You),” plus two more completely new songs that received nothing but praise (“Summer Air” and “I Want You So Bad”).

Without wasting any time, they topped everything off by throwing in dates for a headline tour in Australia and mentioned plans for band merchandise.

The band has stated that the EP “explores the complexities of relationships.” To accompany the album, they also released short video clip explanations of each song, called “EP Reflections.”

If I were to speculate on the meaning of the title, I would say that everything likely focuses on love and risk, since every song is mostly centered on those subjects. Maybe that is what “It” is referring to in the album title – simply the topic of love. But then again, that’s only my own subjective and simplistic perspective.

I believe that they didn’t just settle for the word “love” in the title because they didn’t want to restrict listeners to any particular box. By opting for the generic term “It,” GLADES has allowed different people to project their own experiences, thoughts, pains, and emotions into the album and connect with each song more freely and richly, beyond just a limited, one-word idea. All humans may share similar feelings, but we might encounter them in very different ways from each other. Songs like “Speechless” or “Drive” touched the hearts of listeners around the world, but as individuals, each person has had their own life circumstances that make their experience of each lyric unique.

Each person, without limitation, is free to feel, or live, or break, or love, or anything it may be. This is what it’s like.